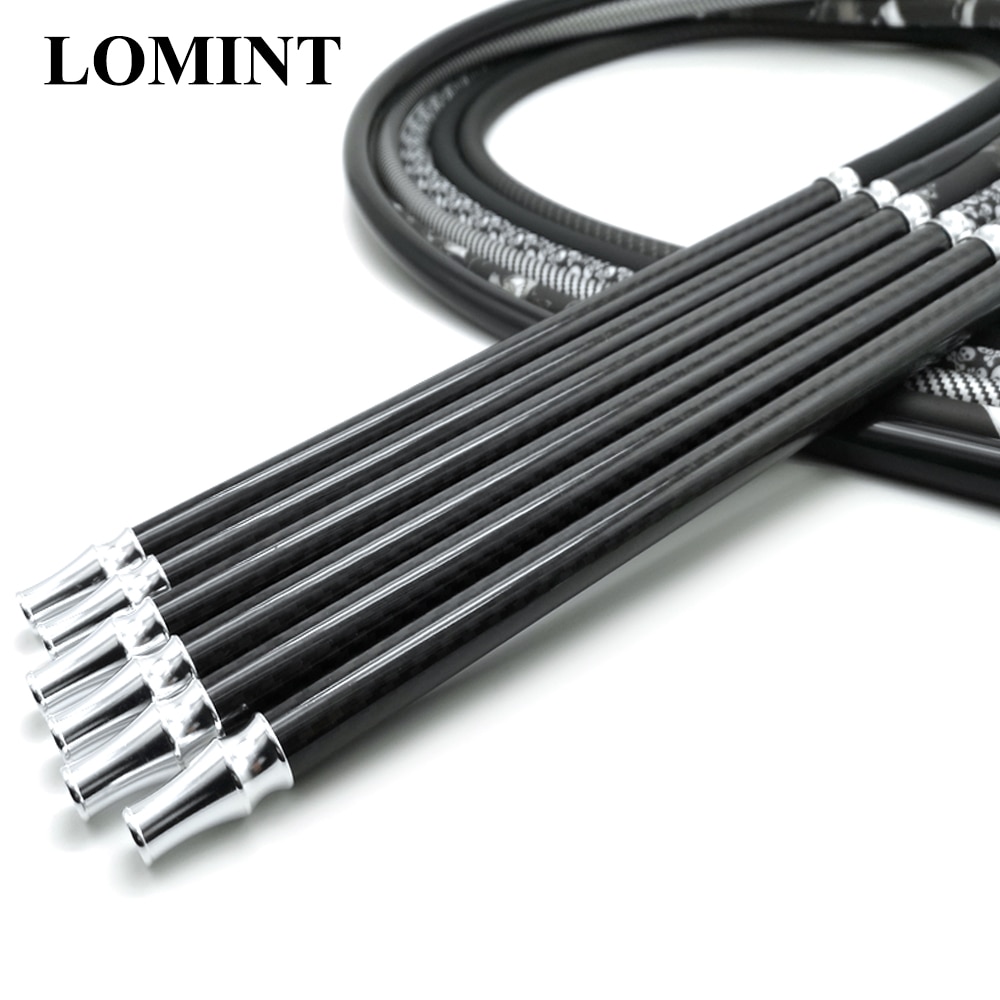 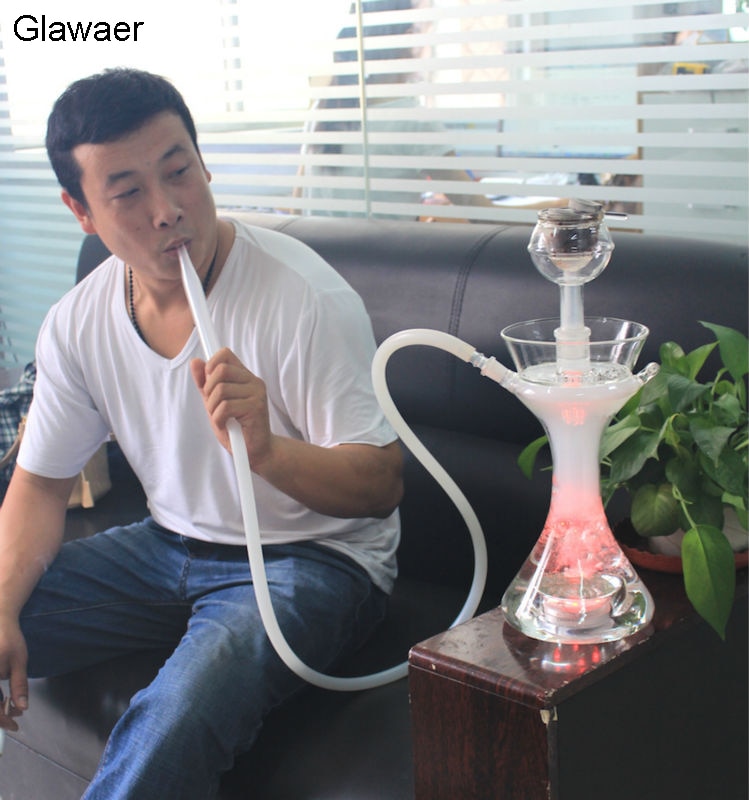 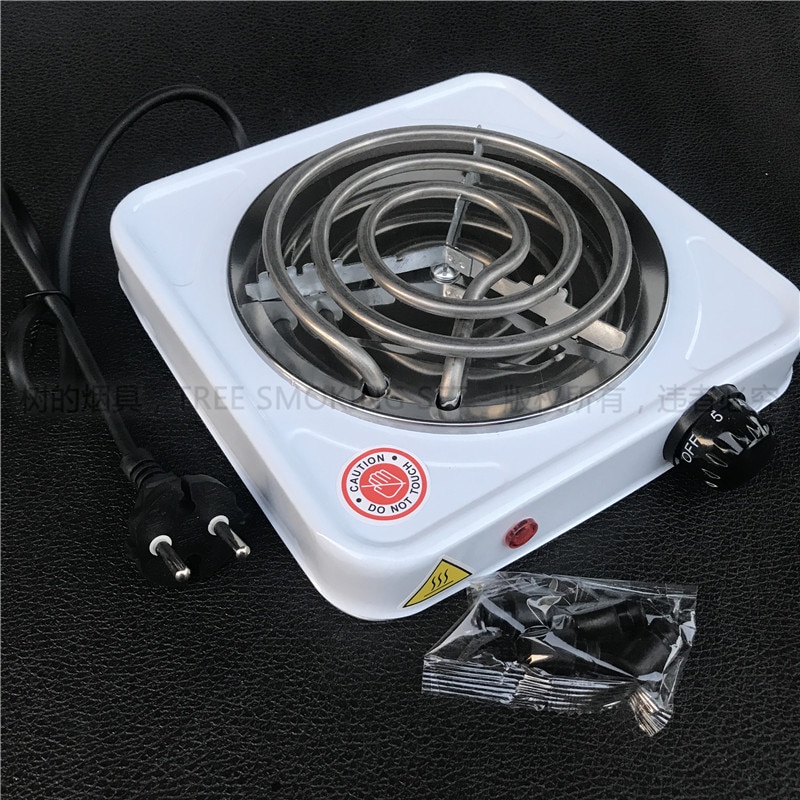 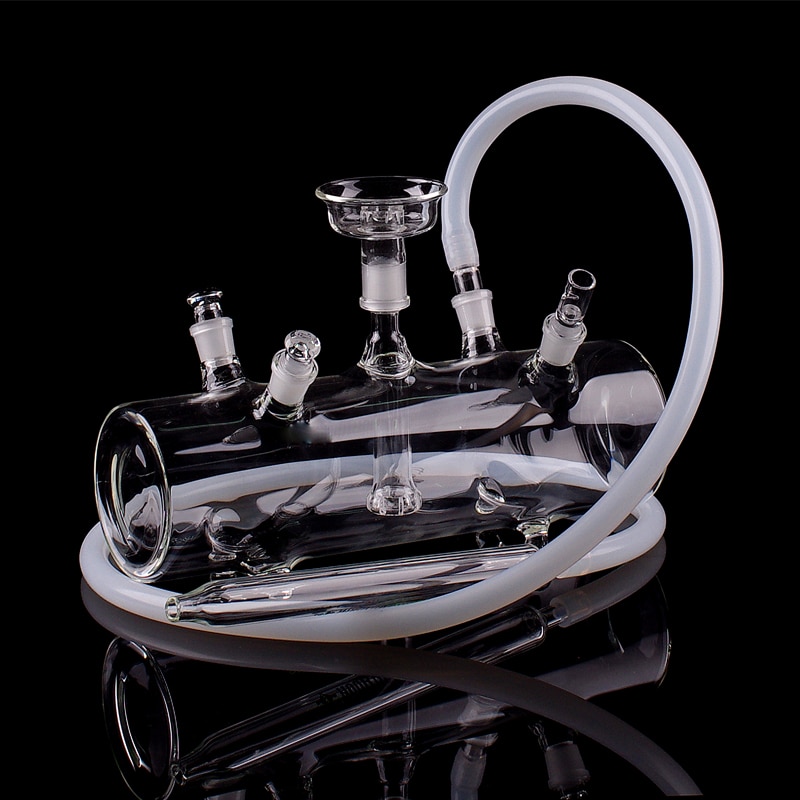 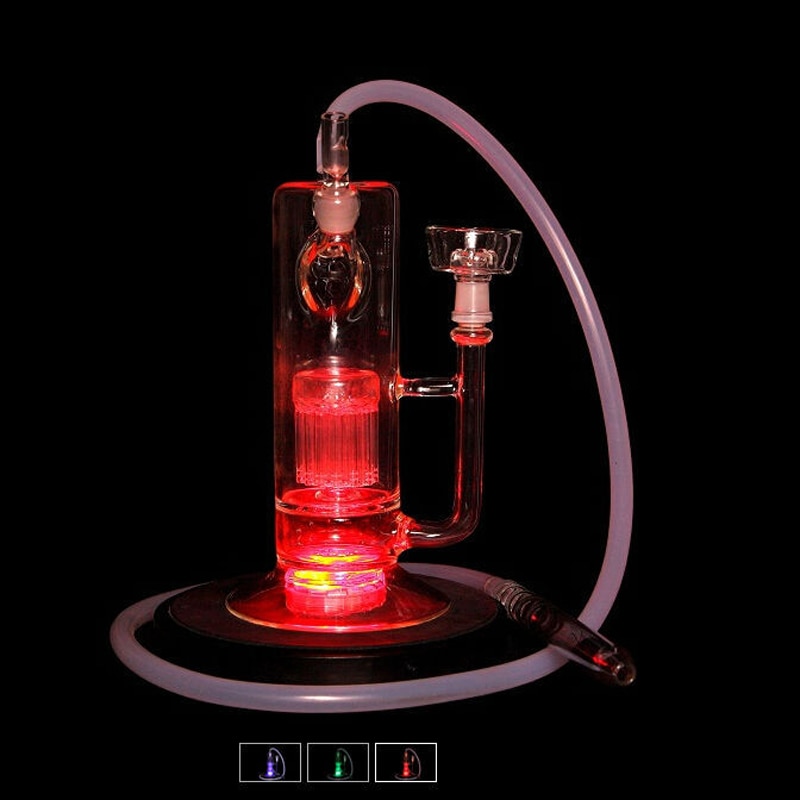 Shisha, hookah or waterpipes are thought by some to be a safer alternative to smoking cigarettes, but the evidence doesn’t necessarily agree

Waterpipe smoking is on the rise, particularly among teenagers and young adults. And one of the likely reasons for this is the belief that shisha is less harmful than cigarette smoking. But is this the case?

Shisha (also known as hookah, waterpipes, hubble bubble) is the name for pipes containing water at the bottom, and a platform at the top where flavoured tobacco (or non-tobacco herbal mixtures) is covered with foil. Hot charcoal is then placed on top of the foil, and when a user breathes through a hose, a vacuum is created, drawing smoke through the water and into the mouth, where it is inhaled into the lungs. Shisha is a social activity, with one pipe sometimes having a number of hoses, or the hose being passed around.

Some users say they believe the water the smoke passes through acts as a filter, purifying the smoke and therefore making it less dangerous, and less addictive. However, there’s little evidence that this is the case, and new research suggests that waterpipe smoking is associated with a number of the same illnesses as cigarette smoking.

The authors of this research, published in the International Journal of Epidemiology, systematically reviewed studies investigating use of shisha and health outcomes. They identified 50 studies that fit these criteria, and found evidence that use of waterpipes was associated with respiratory disease, lung cancer, oral cancer, poor mental health, low birthweight of offspring, metabolic syndrome, and cardiovascular disease.

Of course, these are observational studies, and as such causation can be hard to ascertain. Not only that, but the studies included in this systematic review vary in quality, meaning that combining their results in a meta-analysis isn’t always possible, and even where it is, isn’t necessarily reliable. Perhaps an even bigger problem is that the measure of waterpipe use itself varied dramatically between each study. Some studies only looked at ever versus never using a waterpipe, while others tried to assess cumulative use.

Cigarettes and shisha are used in very different ways, and no studies have directly compared the health risks from cigarette smoking to waterpipe use, meaning a direct comparison of harms is difficult. Shisha may represent lower harm because it is more commonly used socially and at special events rather than smoked every day, or it could represent a more severe problem as the cooler smoke is more pleasurable to inhale so held in the lungs for longer, causing more damage.

There has been far less investigation of the constituents of shisha smoke compared to cigarette smoke, but the research that is available suggests tar, nicotine, carbon monoxide and a number of carcinogens seen in cigarette smoke are also present in shisha smoke. While it might be thought that herbal shisha is safer than tobacco shisha, the burning of the charcoal used to heat the pipe produces carbon monoxide and benzene, which are also inhaled through the pipe. There have been case reports of acute CO poisoning after shisha use, which isn’t the case with cigarettes.

Perhaps even more worryingly, anecdotally there seems to be a lack of understanding that the flavoured products used in waterpipes predominantly contain tobacco. Although there are some herbal products, which claim to be a safer alternative, most of the products available for use, even the flavoured ones, are flavoured tobacco. And while herbal products don’t contain nicotine, they still release a number of the same toxins as found in tobacco smoke, and the CO and benzene from the charcoal is still inhaled.

While the evidence for its impact on health is much sparser for waterpipes than for cigarettes, and some of the individual papers are of lower quality, the information to date suggests that waterpipe use, puff for puff, is likely to be comparable to cigarette smoking. But, although a waterpipe session might last for an hour and involve a great deal more puffs than an individual cigarette, waterpipes are less likely to be used every day so escalation of use, and therefore nicotine dependence, is hopefully less likely. What we really need is more information on how easy waterpipe users find it to quit, and better measures of how waterpipe use changes over time, particularly in these young people who seem to be taking up the habit

Hookah
Hookah is a tobacco product originating in the Middle East, made from tobacco and honey or fruit, and smoked in a water-smoke bag. According to relevant WHO documents, hookahs are similar to cigarettes.
If you love smoking, you will definitely fall in love with Arabic hookah.

Not long after, a man and a woman knocked on the door. Ali said that this is his sister and brother-in-law. The brother-in-law is taller and stronger than Ali, but looks very honest. The sister wore a black gauze, which was shorter than her sister. Everyone sat around on the carpet.

The hostess took out a large piece of cloth and laid it among us, and came out with a stack of scallions and some jams. It’s very big, you have to eat it piece by piece – “eat” is actually too general, it’s more appropriate to use chew”, it’s not as soft as our steamed bun, and it’s not as good as fried pie. Crisp, you have to use your teeth to tear it down and chew it several times before you dare to swallow it. However, it is really a great invention than instant noodles. The instant noodles should be boiled in hot water, and they can be eaten cold directly. They do not cook for a day. If it wasn’t too hard to eat, I really want to buy some belts on the road. Pkbazaar.Pk

After the meal, it should be called after eating, Ali took out a hookah from the house. The water bottle of the hookah contains water, and a piece of heated carbon is placed on top of it. It has a green glass bottle and a blue-colored pipe. Ali picked up the pipe and took a sip, spitting out a thin layer of blue smoke in his mouth.

He handed me the pipe and asked me to try it. Although my smoking history can be traced back to the second grade of elementary school, I have never seen such a big guy, and naturally can’t wait to experience it. I took a sip of the pipe and took a sip of a peach from the mouth into the nasopharyngeal cavity, and finally into the lungs, not rushing, very soft. I couldn’t help but take a few more mouthfuls. The water in the hookah made a squeaky sound and it looked like it was boiling.

I never thought that smoke would be so fascinating to me. The peach scent squirted in my body with a smog, and spewed out from the two nostrils and mouth, like three snakes that had just been drilled out of the hole. Three snakes danced together in the air. If cigarettes are such a taste, I will definitely become a big smoker.

I have passed the addiction and I handed the pipe to his brother-in-law. The three of us were sitting next to the hookah, and you took me in one bite. The women are watching. After several rounds, I was slightly drunk, and my body was floating, and there was a feeling of feathering. At that time, those big lords, is this the sick man of East Asia?

However, Arab hookahs are not as illusory as drugs. It is said that the toxin produced is far less than that of cigarettes because it is baked by charcoal heating, filtered by water, and most of the tar and nicotine are removed before being inhaled.

Although the Arab shisha is in the name of Arabia, it was actually invented by Indians. It was first introduced to Iran and Turkey, and finally to the Arab world. I can’t help but think of the Arabic numerals. It was also invented by the Indians. After being passed to Europe by the Arabs, they were named in the Arab world. Indians are really embarrassing. Then contact Buddhism, the religion created in India, which spreads to other countries and then blossoms, and gradually declines in its birthplace. Indians always seem to be unable to control the good things in their pockets.

Arab hookahs can be flavored like cocktails. Iranians mainly drink fruity hookahs, such as peach, apple, blue, coconut, mango, pineapple… almost all the fruit. This country that has nothing to do with eating is extremely eager to taste the hookah. Thanks to them, I realized the thrill of smoking. No wonder Mark Twain will say, “If there is no pipe in heaven, I would rather go to hell.” I also understand that Lao She’s “no smoke, I can’t write an article”; Lu Xun is said to be the spokesperson of cigarettes; Capital’s remuneration is not enough for the cigar money that was drawn at the time of writing; Descartes was because the pipe was unintentionally placed on the ruler, and the aura flashed invented the coordinate system; Sartre explored the existence and nothingness of a group of smoke spit out. These incorrigible smoky ghosts, how much inspiration comes from the smog. If there is no smoke, I really don’t know that human civilization will go backwards for centuries. I even think that people are the spirit of all things, because those monkey orangutan elephants never smoke. You see, even me who can’t remember things, only sucked two, and the head became so agile.

When I enjoyed the shisha, Ali got up and put up the music. A Persian style. The atmosphere in the house instantly cheered. Ali danced with his wife, and their little daughter twirled behind them. The little girl has a strong sense of rhythm, and every step is exactly stepping on the beat. Then, my sister-in-law joined in.

I really didn’t think they were conservative. They closed the door but they were so open, and everyone could sing and dance. On the contrary, we are very shy. Although Ali Qiang pulled me in, I was still embarrassed. God, dance? How could this kind of thing happen to me? I took out the camera I took with me and took pictures of them – this is the only way I can think of in this occasion to make myself look less stupid.

The little girl seems to like to take pictures. She looks good and looks good. After taking a photo for everyone, she became my only model. She moved out her own fur bear, plastic watermelon and toy elephant from the house, and I helped her to take photos with these beloved ones. She is not artificial, every movement is full of childlike fun.

After the hookah danced, the sister-in-law decided to go home, and the Ali family drove us to visit the nearby Juyi Mosque. It was already past zero in the morning when I came back. We were arranged to sleep on the carpet in the living room. In order not to bother them, we decided to find a hotel the next day.

We had breakfast at their home in the morning and we are going to leave. Before I left, I sent a little girl a blue-colored gel pen. It was brought out from China and there were only two. Seeing that we were leaving, the little girl cried very sadly, until we got into the car, she still kept crying. Her mother picked her up and raised her little hand to say goodbye to us. The driver skillfully manipulated the steering wheel and quickly headed for the boulevard. The mother and daughter are gradually blurred in my sight. pkmarts.com